Originally from Winchester, Josh Savage grew up learning piano, trumpet and guitar at home before going on to complete his Music Degree at University of York. He is the current world record holder for the most amount of Sofar Sounds, including 79 shows over 5 months which resulted in The Living Room Tour documentary. Always doing things on his own terms, Josh has racked up 2.5 million Spotify streams across 3 self-released EPs.

He has also worked with producers Julian Simmons (Ed Sheeran, Beth Rowley, Guillemots) and Matt Ingram (Florence & The Machine, Laura Marling, Jordan Mackampa). He is now based in Berlin for the next chapter of his musical journey.

Secret location near U8 Boddinstraße (Neukölln).
If you can’t make it, check out the official live stream and click “Get Reminder”.
Ticket sales are now closed. 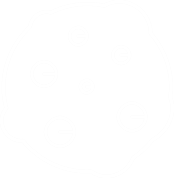